A viral storm has erupted around a Richardson man in the last few days. On Facebook, he posted a letter from Watermark, an evangelical church in Dallas. It said his membership was revoked. The reason: He’s gay and in a relationship.

Most Christian churches have doctrines regulating membership, though scholars say this kind of church discipline is rare.

The Struggle To Change

“I became of member there, and joined a small group, I opened up to them about being gay, and with their help I was going to overcome this," he says.

And that’s what he tried to do. He attended a church 12-step program, he went to a local conversion ministry, he prayed desperately to wake up one day and feel different. He never did.

“At some point I realized that people don’t change, you can’t convert from gay to straight," he says. "So when I realized that, I decided I’d be single for the rest of my life.”

He moved in with a straight buddy and threw himself into his friendships. That worked until everyone started to pair off.

“Eventually they got married and I was all alone again.”

Thomas felt empty and ashamed. He decided to join a gay volleyball league and was surprised by what he found there.

“I started meeting other gay people and they were not the evil, lustful, sick, disgusting people that I was led to believe," he says.

Eventually, Thomas started a relationship with another man. When he refused to break if off, the church removed him from membership.

The church’s pastor, Todd Wagner has talked about homosexuality in sermons. Here is a transcription of Wagner from part of a Watermark video series called ‘Real Truth, Real Quick.’

“God loves people struggling with homosexuality just like he loves people who struggle with heterosexual pornography, who struggle to make relationships successful inside of a marriage, or who gossip or shoplift. But just to surrender, and say it’s ok and that’s not going to affect us? If we say that marriage between a man and a man or a woman and a woman is the same between a male and a woman, that’s not loving, that’s why we’re talking about it.”

The History Of Removing Members

Watermark Church is certainly not alone in taking a stance against homosexuality. Many churches won’t consider an openly gay man or woman for the clergy. Many won’t perform gay marriage ceremonies. And many have different rules about removing members, says Ted Campbell, professor of church history at SMU’s Perkins School of Theology.

“Most Christian communities historically have had a provision for that, it’s just very rare to actually practice it," he says.

He’s only seen one other letter like the one Thomas got. It came from a conservative Presbyterian church in the Dallas area.

“Somebody showed me a letter from that church where they indicated to a person who was divorced and remarried that they were not considered to be part of the fellowship anymore.”

Campbell clarifies churches that send letters like this don’t necessarily see it taking action against a member. They’re simply upholding what they stand for.

“And in some cases they make definitions that say if you do this, or if you do that, or if you even say this, then you’ve stepped outside the bounds of the promises that you made and we need to acknowledge that you’ve excluded yourself as a way of our being clear about who we are," he says.

Jason Thomas didn’t go to church for months after getting the letter. He visiting other churches now— though he’s not ready to become a member.

“My faith shattered and it’s coming back together and that’s really awesome but, I definitely hope to be a member of a church someday again," he says. "Soon! Maybe.”

In the meantime, he says, he’s redefining his relationship with God in a new setting. One Sunday at a time.

Recently, one of our former members posted a letter they received from some close friends and the leadership of our church informing him that his membership status had been removed. We would like to take the opportunity to address this situation and offer clarity to those seeking answers and understanding.

As we’ve previously shared, following the example of Jesus, Watermark loves and welcomes people of all backgrounds, economic statuses, ethnicities, sexual orientations, and struggles. Also following His example, we encourage people to turn away from sin and to follow Jesus.

As directed by Scripture, Watermark makes a distinction between regularly attending and being a formal member of our church. We don’t remove someone’s formal status as a member for struggling with sin – whether that sin is pride, materialism, or sexual sin. Every member of Watermark needs God’s grace to stand firm in the midst of temptation and His forgiveness for the times we fall short.

An individual’s formal relationship with us as a member is only changed when someone no longer desires to resist sin and/or refuses our help, care, and encouragement. Even if someone’s formal membership status is removed, our desire is to continue to love and care for them, and they are always welcome to attend Watermark and be reminded of the grace and truth of our Savior, Jesus Christ.

In regard to the specific letter currently on social media and the subsequent commentary on it, we would like to share a few things that have been misrepresented. Before he ever received this letter, some of his closest friends and then leaders at Watermark met face-to-face with him numerous times to understand how to best love and serve him.

Like any member whose beliefs move away from the core commitments, biblical convictions, and values of Watermark, it became appropriate to formally change his membership status. However, we continue to express to him that he is loved and is always welcome to attend Watermark.

As he shared in his post, he received the formal communication from us a year ago. Only the few people who walked alongside him in this process and those who had a relationship with him were aware of the change in his membership status and the reason for it. While these instances are rare, we always endeavor to keep them confined to only the small group of people connected directly with them, with the goal of ultimately restoring relationships.

If you have any questions about this or would like to meet with a member of our staff to discuss, you can email [email protected]

Watermark is a place where you can meet new friends, discover your life’s purpose, and learn how to live a life that has a lasting impact. Life isn’t meant to be lived alone. Come be part of the Watermark community where you’ll experience live music, an inspiring message, and fun children’s programs. Here at Watermark, we are big on family. That’s why we want you to come as you are, and discover what our church family is all about. Get ready to find authentic friendships and take the next, or first step in your walk with God! 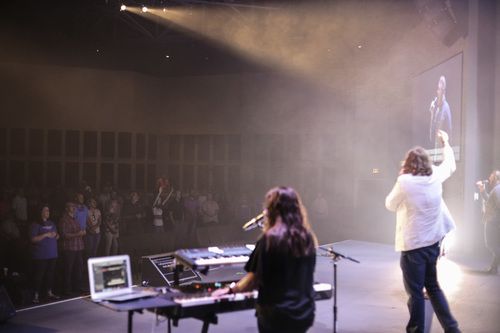 Sunday's at Watermark are exciting, casual, and relaxed. Come as you are and expect to feel welcomed as our guest.
Sunday Service Times:
8:30 am Traditional at WE
9:30 & 11:00 am Contemporary 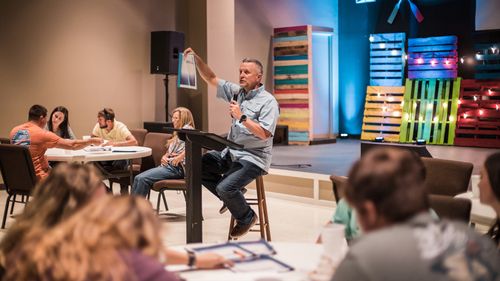 Growth Track is designed to help you discover and follow God’s unique plan for your life. These classes will take you from simply being a believer to being a leader by showing you the pathway to discovering your purpose and realizing your potential. 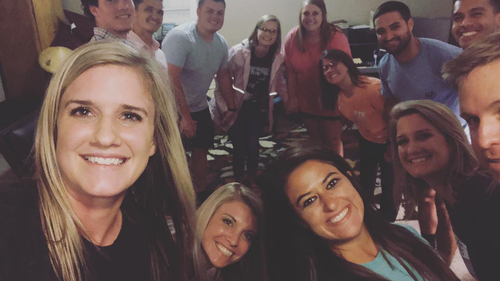 Circles are better than rows because they provide the perfect place for people to be known. Our groups have one simple purpose: To bring people together. Small Groups exist to make life changing relationships relevant and accessible to you.
New groups semester will start in August.

Let Us Help you find a group 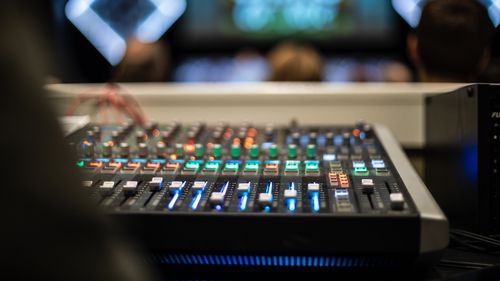 The Dream Team is what we call our amazing group of volunteers that make Sundays and Wednesdays happen at Watermark. There is no way we could share the love of Jesus, help people feel welcome, and focus on all the details without our Dream Team.

How can we pray for you?

We have an amazing prayer team that prays over every single request that is submitted to us. Please feel free to let us know what all is going on in your life so we can pray over you. You are loved and your concerns are important to us! 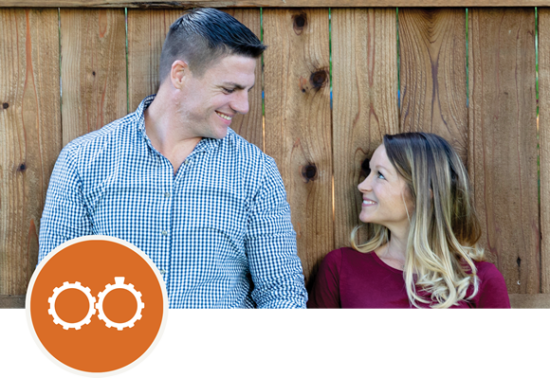 re|engage is a safe place for couples to grow in their marriage through stories of grace, teaching, and small groups.

Listen to Our Stories 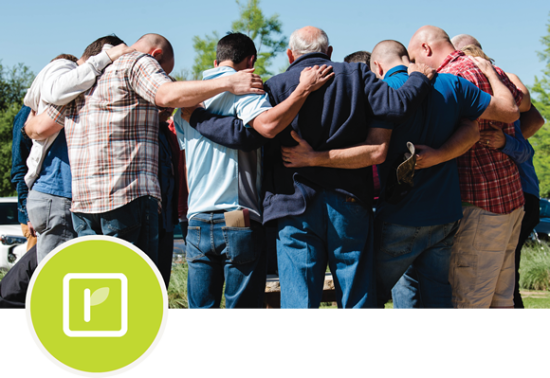 Never Be The Same 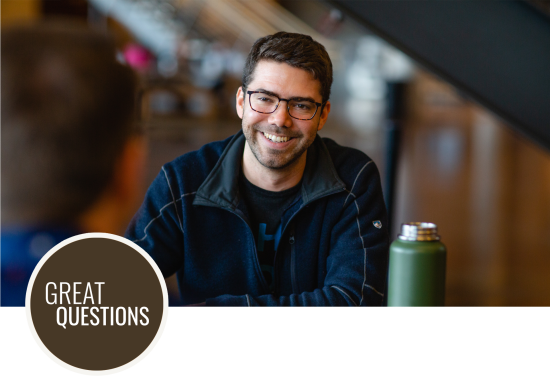 Great Questions is for those whose questions or doubts are keeping them from a relationship with God. 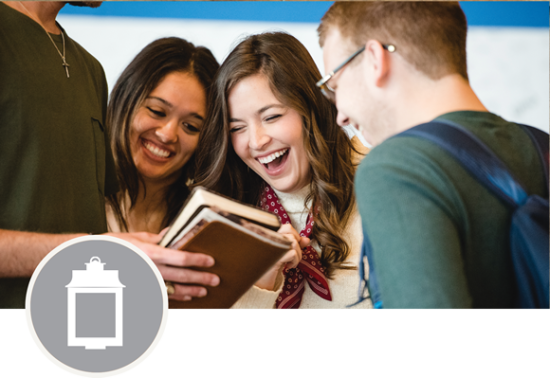 Build deeper relationships with other young adults on mission to leave a lasting impact on the world.

Is It Tuesday Yet?

This Week's Story of Life Change

“I thought my mistakes held me back from God’s love.” – Summer Powell

Watermark Community Church is a nondenominationalevangelical church based in Dallas, Texas.

Watermark was founded in November 7, 1999 with an outward-focused ministry that sought to minister to "the unchurched, dechurched, dead-churched and unmoved."[1]

Watermark averages about 9,000 weekly attendants at two campuses (Dallas and Frisco). The Porch is a weekly young adult service that attracts between 3,000 and 4,000 attendants each Tuesday night.[2]

Watermark is well known for its "Re:generation recovery" program. This is a 12-Step Christ-Centered recovery that is devoted to helping people find freedom from all struggles, including: anxiety/depression, pornography, fear, control, substance abuse, codependency, sexual abuse, same-sex attraction, eating disorders/body image, anger, obsessive thoughts, as well as any other struggle.

In April of 2021 founder Todd Wagner stepped down as Senior Pastor of Watermark.[3]

Watermark Community Church maintains two separate campuses across the Dallas Metroplex (Dallas and in Frisco meeting at Frisco High School). Services are normally broadcast to the satellite campuses from the main campus, where they are shown on large screens to congregants.

A former campus in Fort Worth became an independent congregation on July 1, 2020 and maintains the name Watermark Forth Worth.[5]

In 2014 Todd Wagner made a public announcement that the church was looking to expand to Plano.[6] He further stated that the property they wished to purchase would cost $9.5 million.[6] The Plano campus formally launched as an independent campus, CityBridge Community Church, on January 1, 2021.[7]

In 2015 it was announced that Watermark had the opportunity to purchase the second of two tower blocks adjacent to the main campus.[8] The purchase was to be for $19 million, with $15 million needed as of October 10, 2015.[8] As of 2016, Watermark has purchased an 8 year lease with plans to purchase the tower after the lease expires.

In 2020 Watermark purchased the former Pearl C. Anderson Middle School property in South Dallas from the Dallas Independent School District for $211,000 in a public sale, an action which has upset church leaders in the community. Watermark claims it intends to provide community services in the area, such as health care, job placement, and personal recovery.[11]

Under Watermark's governing documents, the church leadership may exercise "church discipline" up to and including terminating membership.[12] Watermark's exercise of this clause has been criticized on at least one reported occasion: