More photos and to enquire
For Sale:

More photos and to enquireFor Sale: 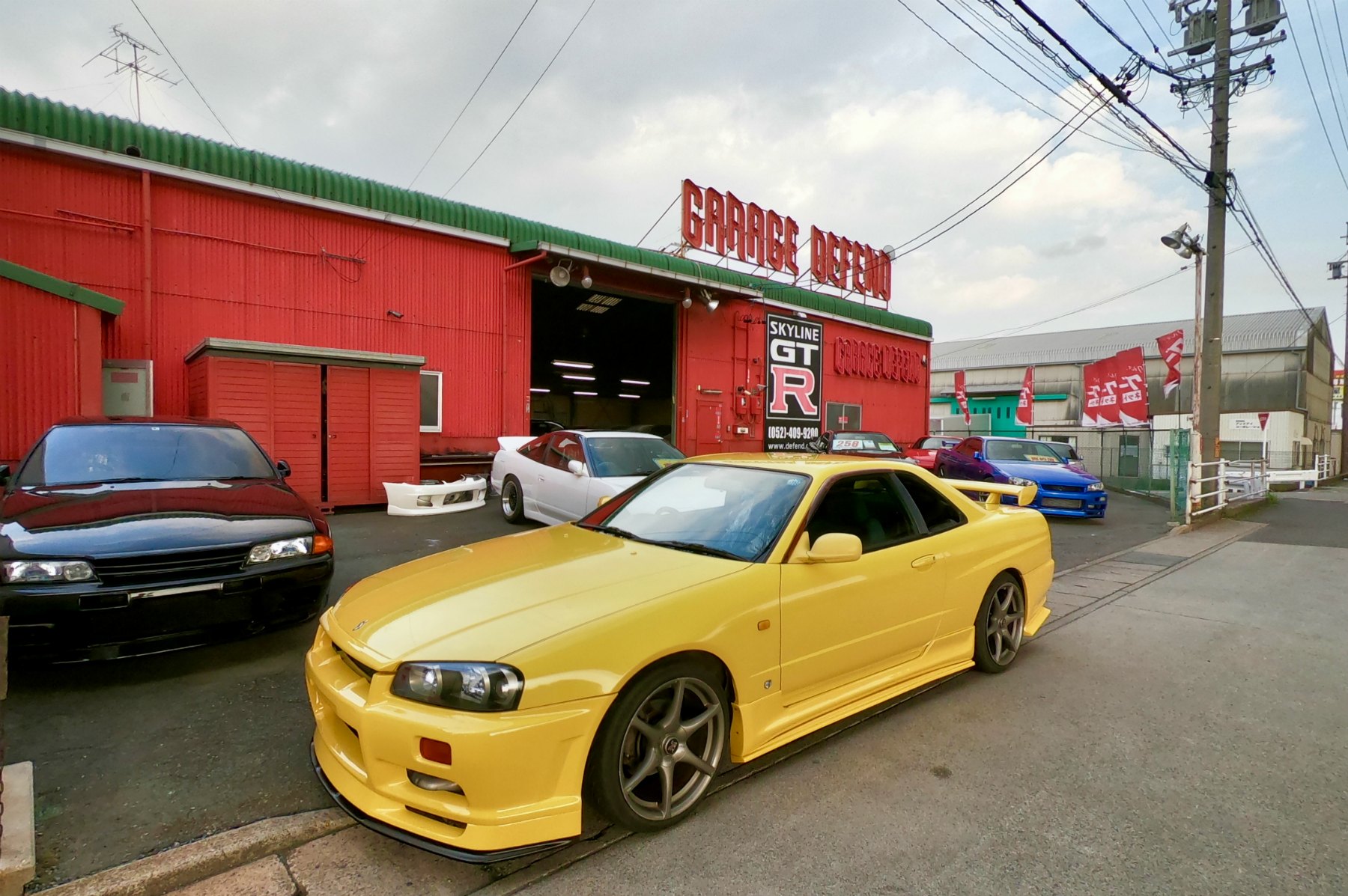 It's not often we come across a true factory yellow Nissan Skyline R34 but we found one! Of course we had to purchase it and bring it to Garage Defend to offer to all of you. Lightning Yellow was only produced on 68 BNR34s and 739 ER34s making up less than 2% of all R34s produced.

This Lightning Yellow R34 is a GTT with a lot of nice GTR cosmetic upgrades. Beautiful factory paint in nice condition. RB25 engine is in good mechanical order and is quite strong. We will have all the detailed pictures and information on our inventory section soon. Until then check out a video of this car here and contact us directly on Facebook for inquires on the GTT or any other JDM sports car we have for sale!

This stunning example was sold by Rick Armstrong Motors in 2004 and has only had one owner in New Zealand for the past 16 years! The car is completely original unmodified, and would suit the most astute of buyers.

Only 44 of these GT-R V-Specs were made in EV1 Lightning Yellow, the rarest and most limited colour available!

This GT-R is in virtually new condition, a true credit to its former keeper, has traveled only 44,500Kms from new, and has these highly desirable features/options:

- Sold by Rick Armstrong Motors in 2004
- Only One Owner in New Zealand
- One Owner for the Past 16 Years
- Only 44,500Kms!
- 1 of Only 44 EV1 Lightning Yellow R34 GT-R V-Specs available!
- Finished in EV1 Lightning Yellow
- Factory Outback Gold Alloy Wheels
- Factory Cabin and Carpets
- English Converted Owners Manual and Service Record

An icon almost 20 years after it went off sale, and with good reason. Because while the RB26DETT straight-six is known for its almost unburstable tuneability, and the R34 has become a movie star in its own right, neither of those should take away from the standard Skyline’s ability as a driver’s car. At the turn of the 21st century, little could match it.

Officially the 2.6 twin-turbo made 280hp, but the suspicion was that no R34 made less than 300hp. Moreover, with a suite of technology now seen as commonplace - ATTESA E-TS Pro that could vector torque across the rear axle, Super-HICAS four-wheel steer - the GT-R revolutionised expectations of large, heavy, four-wheel drive coupes. It was like nothing else.

Today, the R34’s legend is not only helped by its role in popular culture, but also its status as the last GT-R using the infamous RB26. When the R35 GT-R made its debut in 2007, power, weight and capacity were all up. Leaving the R34 as the final derivative of one of the 1990s’ ultimate cult sports cars - no wonder you’ll now need at least £50k for a good one.

One of the best R34 GT-R Street Cars - 1100hp3.2 stroker with sequential transmission