The 2019 Chevrolet Silverado has seen mixed success since its introduction earlier this year. Our first drive, written by yours truly, was lukewarm at best. And when my colleague Jeff Perez got behind the wheel of a Trail Boss model down in Miami, well, that lukewarm tone cooled off considerably. Poor Jeff is still getting angry emails from Chevy fans after the Bowtie's bread-and-butter truck earned the second lowest truck score we've ever handed out.

Being the good guy that I am, I'm going to take some heat off Jeff and explain precisely where the Silverado goes wrong. There are certainly things to like on this truck, but it also has one big, fundamental flaw that simply doesn't afflict its rivals from Ford and Ram (and two others that do). And until Chevrolet can correct these glaring faults, the Silverado will continue to be our least favorite American half-ton.

While Jeff rightly dragged on the style of his Silverado Trail Boss, the aesthetics of the range-topping High Country aren’t nearly as offensive. The lower ride height, thinner side walls that come with the optional 22-inch wheels, and ample chrome creates less visual weight. Where the Trail Boss’s blacked-out grille gives the truck a nose-heavy look, the High Country benefits from the right balance of chrome and plastic trim. The air-curtain-like “blades” on the lower outboard portion of the front fascia are neat, too.

Around the sides, it's hard to overstate how much the 275/50/22 tires and the standard ride height help the Silverado's look. The balance in the three-box shape – engine bay, cab, and bed – is far more pleasant on this trim and in this configuration.

While it’s sometimes challenging to conjure praise for the Silverado's exterior, there's no such problem saying nice things about its powertrain. The 6.2-liter V8 – a $2,495 option on the High Country – is a sledgehammer of an engine. Packing 420 horsepower and 460 pound-feet of torque, it's inarguably my favorite truck engine on the market. Willing to rev, never short of power, and offering a fantastic soundtrack, it's a willing partner whether commuting or towing.

That it's smart enough to shut down its cylinders independently – it can literally run on one cylinder if the conditions are right – via the new Dynamic Fuel Management system is cool. But it's the fact this tech is invisible from behind the wheel, with no lag or histrionics to interrupt the available power, that really stands out. Or not stand out… technically.

The 6.2-liter V8 is the only way to get a 10-speed automatic in the Silverado, and is yet another reason to spend $2,500 on the bigger V8 (the 5.3-liter V8 gets an eight-speed auto that’s fine enough). This gearbox is a gem, just as it is in the Camaro, GM's full-sized SUVs, and in the rival Ford F-150 line (although not so much in the Mustang).

The new Silverado lacks the trick MultiPro tailgate of its sibling, the GMC Sierra, but that's okay. It still possesses an enormous bed thanks to some smart design decisions on the part of Chevy. The Standard Box in my test truck has a whopping 72 cubic feet of space, 10 more cubes than its chief rivals, the Ford F-150 and Ram 1500. Much of this space comes by stretching the bed width as much as possible. It's deceptively large.

The available powered tailgate is a neat touch, too, although I felt a bit silly using it. I've never really found raising and lowering a tailgate to be the kind of thing that requires an electric motor’s assistance, although I appreciate that's not true for every Silverado driver.

The Silverado High Country is a luxury pickup truck. It’s Chevy's rival to the Ford F-150 Platinum and Limited and the Ram 1500 Longhorn and Limited. With that in mind, the $66,920 as-tested price of this High Country test truck isn't that crazy. Not two weeks ago, I drove a Ram 1500 Longhorn that cost just as much (give or take a few hundred dollars). That doesn't make paying that much for a pickup truck any less insane, of course. This is not a Chevy problem – it's a truck industry problem. These are work vehicles – beasts of burden. And while they have plenty of cabin space and performance and technology, for folks not intent on towing (of which there are many among half-ton truck shoppers) there are true luxury vehicles that offer greater space, comfort, and technology for the same amount of cash. And there's another problem with this price…

This is the High Country's most unforgivable issue, and it’s one made all the worse by the previous con. There is virtually nothing about the interior of this $66,000 truck that feels worthy of its price tag. There's a little bit more leather and some more chrome, but when you climb behind the wheel for the first time, your first impression will be that this is a $35,000 truck. Contrast that with Ram – the aforementioned 1500 Longhorn I was driving made me audibly gasp the first time I climbed behind the wheel.

Both Ford and Ram seem to understand that taking differentiation up to 11 is what will get customers to buy high-end trucks. Tiny, intricate detailing and beautiful stitching are everywhere in the Ram 1500 Longhorn, with a gorgeous contrasting leather scheme and handsome real wood trim on the dash, doors, and steering wheel. The Silverado has the same leather-wrapped wheel as a mid-range model. The black leather on the seats and dash looks identical, too. And the small bits of wood trim on the doors are laughably fake. If you're considering a High Country, go have a look at the Silverado LT sitting on the other side of the dealer lot before signing on the dotted line.

Instead of investing in the cabin, Chevy went all in on badging. You know, because it's far more important that everyone else knows you bought an expensive truck than for you to feel like you're driving one. There is a High Country badge on ever side of the Silverado, including a pair of huge ones on the front fenders. The tailgate gets a similarly sized one, too. I'll commend Chevy's restraint on the front, though. There's just a small “High Country” stamping on one of the grille bars.

Be Smart, Check in Advance. CARFAX — Your Vehicle History.

Sometimes what you don't know can't hurt you, but that's not the case when buying a used car. As an independent vehicle history provider, at CARFAX we've made it our mission to tell you everything you need to know by uncovering as many events as possible from the previous life of a used car. Our primary goal is to help you get to know your next car from the inside out before deciding to make an investment that will be part of you and your family's everyday life. We believe your next car shouldn't be hiding anything from you.

CARFAX Vehicle History Reports contain over 28 billion historical records from 20 European countries, the US and Canada, which are updated daily with new information.

Even if you live in a country we don't collect vehicle data from, it's still always worth checking the Vehicle Identification Number without obligation. The used car import and export market is booming and many owners would be surprised to find out exactly what happened to their vehicle during its previous life abroad.

Let's be clear: Although we strive to find every detail of a vehicle's life so far, we are focused only on the vehicle's history, and do not collect any information on previous owners. The information we provide relates solely to the vehicle, its odometer reading, any accidents that have been covered up, where the vehicle comes from and much more — it never gets personal. We've uncovered irreparable damage several times in the past, but other times our vehicle history checks draw a blank — and sometimes that's actually a good thing.

Did you know that considerably more used cars are sold than new cars? We think this second-hand system is nothing short of fantastic. However, it goes without saying that it gives rise to different methods and tactics: Some sellers will disguise a car that's been in an accident under a fresh coat of paint, tamper with the odometer or conceal theft. This is one of the less appealing aspects of buying second hand. Our goal is to establish trusting relationships between buyers and sellers, since this is the best way to help customers make the right decision. Your new car should be reliable and make you feel safe, as well as make you feel like you haven't paid too much.

But more than anything else, we don't want you or your family unknowingly sitting behind the wheel of a vehicle that isn't 100% safe. This is why we strive to take these vehicles off the road, which not only makes the used car market safer but our streets safer too.

CARFAX was founded in the US in 1984 and expanded into Europe in 2007. Around 100 team members spread across six European offices process vehicle information from 22 countries.

Fostering strategic partnerships with registration authorities, law enforcement agencies, government departments, insurance companies, inspection centers and numerous other leading companies around the world has enabled us to compile a unique international database for vehicle histories. We use this database to help make the used car market more transparent. We give everyone in the process of buying a used car access to what is currently the world's most comprehensive source for vehicle history reports, and is growing day by day.

We remain neutral and independent despite our partnerships — our sole purpose is help customers make an informed choice and ensure their safety and the safety of their family. This includes never collecting any personal details — we do not accept any PII from data sources amongst the information we provide about a vehicle. We ensure that data protection laws are observed at all times. Furthermore, we always collect our data in compliance with legal and regulatory frameworks — in all the countries in which we are active. We expressly distance ourselves from illegal activities such as data theft, scraping and hacking.

Smart Buy Program is powered by 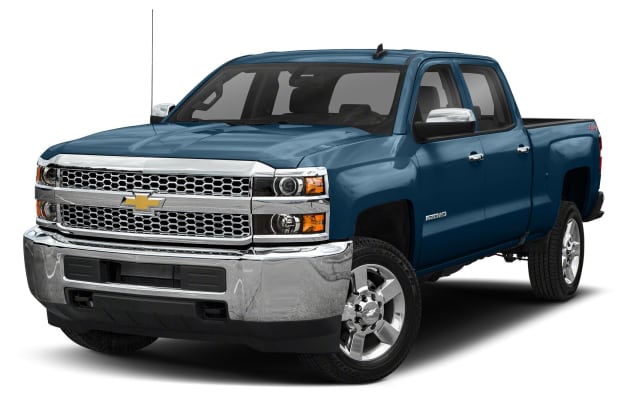 Total Cost to Own

See the cheapest Diesel Vehicles to Own

We get it. Ads can be annoying. But ads are also how we keep the garage doors open and the lights on here at Autoblog - and keep our stories free for you and for everyone. And free is good, right? If you'd be so kind as to allow our site, we promise to keep bringing you great content. Thanks for that. And thanks for reading Autoblog.

Here's how to disable adblocking on our site.

You still haven't turned off your adblocker or allowed our site. It only takes a few seconds.

You must be logged in to perform that action.