Having a Control walkthrough to hand can be essential when making your way through the Oldest House, especially as it's not only a giant maze but it also changes shape as you explore. This makes it particularly easy to lose your bearings, which can make things very frustrating when you're trying to reach a specific location and suddenly the corridors and hallways no longer go where you'd expect them to. With enemies lurking around the corner in most areas it's best to avoid too much confused backtracking, so if you want to finish the main story, complete all of the side missions, and find everything the game has to offer, then continue reading for our comprehensive Control walkthrough.

Proceed deeper into the Bureau

Proceed deeper into the Bureau

The game starts with you inside the lobby of the Federal Bureau of Control. Walk to the right and go through the metal detectors, then up the stairs and along the corridor past the three portraits. Head right and run through the dark offices, then speak to the janitor. After the cutscene, head back out to the hallway and into the elevator.

After the cutscene, run to the end of the corridor then into the Director's Office to investigate the sound. Pick up the Pistol and complete the tutorial in the alternate dimension, then when you're back in the Federal Bureau of Control, leave the office and shoot the three Hiss Guards at the end of the corridor. Follow the signs to Central Executive, killing all the Hiss Guards along the way. There'll be a few waves of them in the huge room, along with quite a few collectibles so make sure you explore everywhere. Don't forget to open the Shelter door and grab your first weapon mod too.

Leave the shelter and enter the door on the right, then shoot one of the hanging guards to initiate the next fight. Kill the first few then jump down and a boss will spawn. He's not tough to kill, just keep unloading your pistol into him and kill the other Hiss Guards that spawn, then interact with the Control Point to cleanse it.

One of the resident guide writers around these parts, give me a game and I will write every "how to" I possibly can or die trying. When I'm not knee-deep in a game to write guides on, you'll find me hurtling round the track in F1, flinging balls on my phone in Pokemon Go, pretending to know what I'm doing in Football Manager, or clicking on heads in Valorant.

10h ago - On today's IGN The Fix: Games, Disney and Lucasfilm have teased a Star Wars video game announcement for December as part of a publishing campaign that will reveal new Star Wars products every Tuesday for the rest of the year. As announced in an article on the official Star Wars website, the companies have launched their "Bring Home the Bounty" campaign, which will see "new Star Wars toys, collectibles, books, apparel and more" revealed on a weekly basis from now until the end of December. We're days away from another Suicide Squad: Kill the Justice League preview at DC FanDome, but it looks like Rocksteady is starting up a good old-fashioned ARG ahead of time. The official Suicide Squad: Kill the Justice League Twitter account shared the phone number (310) 564-7047. Don't worry, IGN tested it out and you won't be dialing some poor random person's number like what happened during Squid Game. While not included in the upcoming expansion, Final Fantasy 14: Endwalker will receive a post-launch patch with a new mode that vaguely sounds like Stardew Valley or Animal Crossing called Island Sanctuary. In an interview with IGN, Final Fantasy 14 director Naoki Yoshida shared more details about this upcoming mode and what you can and can't do. Details for the Island Sanctuary mode remain sparse, especially since it's not planned to be released until after the Endwalker expansion is released in November. But we did know that you can tend to animals and crops similar to a farming sim. Stella has all that in your Daily Fix!

Younger readers will just take things like YouTube walkthroughs, or even sites like GameFAQs, for granted, but old heads will remember days when finding their way through a video game was hard work. Which could, in rare instances like this, also be beautiful work.

Reddit user vadermeer was visiting a Salvation Army in the Seattle area the other day when they stumbled upon a boxed copy of the adventure game Frankenstein: Through the Eyes of the Monster, perhaps best known for the fact it starred Tim Curry as Dr. Frankenstein.

Buying it and bringing it home, they discovered that inside the box there wasn’t just a copy of the game, but some exquisite hand-written notes guiding the player through the puzzles, mostly penned with text but with some accompanying diagrams as well.

It’s funny how something written in the mid-’90s can look almost like a sacred religious text in 2021, but such has been the transformation in the way we find this stuff (and how our handwriting has collectively devolved) that calling this a sacred text isn’t too far from the truth. If you’re trying to finish Frankenstein: Through the Eyes of the Monster, at least.

And while it may seem a bit tedious to have a visual game described in such laboriously text-heavy terms, again, this is just how it was at the time! I remember me and my friends trying to play LucasArts adventure games as kids, and the only way we’d ever be able to finish them would be to call other people on the phone and have them sit there and tell you, “OK, then you use the thing on that thing, then you have to go here, then do that thing,” all the while I’m sitting there furiously writing down notes.

vadermeer was kind enough to scan and upload the entire walkthrough on archive.org, so you can either read it below or, if the embed isn’t working, head here instead.

A video game walkthrough is a guide aimed towards improving a player's skill within a particular video game and often designed to assist players in completing either an entire video game or specific elements. Walkthroughs may alternatively be set up as a playthrough, where players record themselves playing through a game and upload or live-stream it to the internet. Walkthroughs may be considered guides on helping to enhance the experience of players, to assist towards unlocking game achievements or simply as a means to socialise with like-minded individuals as a distraction from everyday life.

Walkthroughs originated as text-based descriptive instructions in magazines for playing through a video game. With the growth in popularity of computers and the internet, video game walkthroughs expanded to digital and video formats, with the typical average age of watchers being 23 years old and predominantly male, according to a study undertaken in Finland during 2015. Some individuals and companies have been known to earn lucrative income through the process of recording and offering guides publicly.

Video game walkthroughs were originally included in video game magazines or on text-bulletin boards.[1][2] In the late 1980s[3] through to the mid 2000s,[4] video game walkthroughs were also available through telephone 'hot-lines' in the United States.[5] Despite the rise in popularity of internet-based guides,[6] text-based walkthroughs are still present today in both print and digital formats.[7] Examples of print publications include strategy guides published by Prima Games, whereas text-based digital guides are hosted on gaming websites such as IGN,[8]GamesRadar,[9] and GameFAQs,[10] often in the form of wikis.[11] Until its closure by parent company Future plc, Computer and Video Games (CVG) also created and hosted digital guides on their now defunct website.[12]

Player created digital walkthroughs are typically designed to assist other players in accomplishing certain feats within video games[13][a] and are similar to text-based or telephony-based walkthroughs, except they can also be solely for entertainment purposes.[14][15] These digital walkthroughs are typically uploaded to video sharing websites such as YouTube or live-streamed playthroughs to media streaming sites such as Twitch. Let's Play videos are a special type of walkthrough generally more focused on entertaining rather than informing the viewer through humorous commentary given by the video's host as they complete the game.[16] 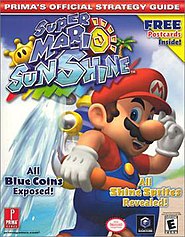 When it comes to video walkthroughs of games, gameplay may be recorded in multiple ways,[13] such as through the use of screencast software, built-in recording features in some emulators or via a video capture device[b] connected to a console or another computer. Some video games also include built-in recording features, such as Grand Theft Auto V (2013),[22][23] which included in-game recording and editing features in its PlayStation 4 and Xbox One re-releases, allowing players to record and edit gameplay to share with others.[22][24] Video content is typically shared over the internet via streaming, using video sharing and media streaming websites such as YouTube and Twitch, where the content has a potential audience consisting of millions of people.[25][26]

In a study on the different motivations of walkthrough viewers conducted by Max Sjöblom and Juho Hamari from the University of Tampere in 2016, numerous viewer motivations were discussed. From the findings, the five the most significant motivations were found to be improving player experience, confidence, knowledge about a particular game, socializing and creating an 'escape' or distraction from their everyday life.[27][28] Walkthroughs may also guide players throughout an entire game or only certain sections[29] and may be guides[15][30] on finding rare collectables or unlocking achievements.[31]

According to Barbara Ortutay of the Associated Press, players "not only see the live and recorded video sessions as a way to sharpen their abilities, but also as a way to interact with star players in chatrooms or simply be entertained."[32] According to Business Insider and The Verge, viewers of this genre of video content and live streams use them not only for their entertainment value,[33] but also to assist with a variety of things ranging from purchasing decisions to "get[ting] better at playing games."[34][35][25][32]GameRadar+ has called the watching of video game playthroughs the "Netflix of video games"[36] and CNN declared the watching of video games being played by other people via videos and live streams "must-see TV".[15]

Some video game players have been able to make a viable business model out of playing video games as both a guide and for the entertainment of viewers.[37][38][39] As a result of the influx of players uploading or streaming their content, multi-channel networks were formed in order to assist content creators in multiple areas,[40] in exchange for a percentage of the advertisement revenue generated.[41]

In February 2015, a study of video game walkthrough viewers was conducted by the University of Tampere in Finland and recruited respondents through self-selection (over 93% reported to have a Twitch account). From 1091 validated responses, the average age was approximately 23 years old, of which 92.3% were male. The majority of respondents earned less than ten thousand dollars a year with a secondary level of education. The majority of viewers have a secondary level of education (52.19%), with all other education levels tending to watch less.[27][c]

Footprints in the sand crafts