See this in the appShow more 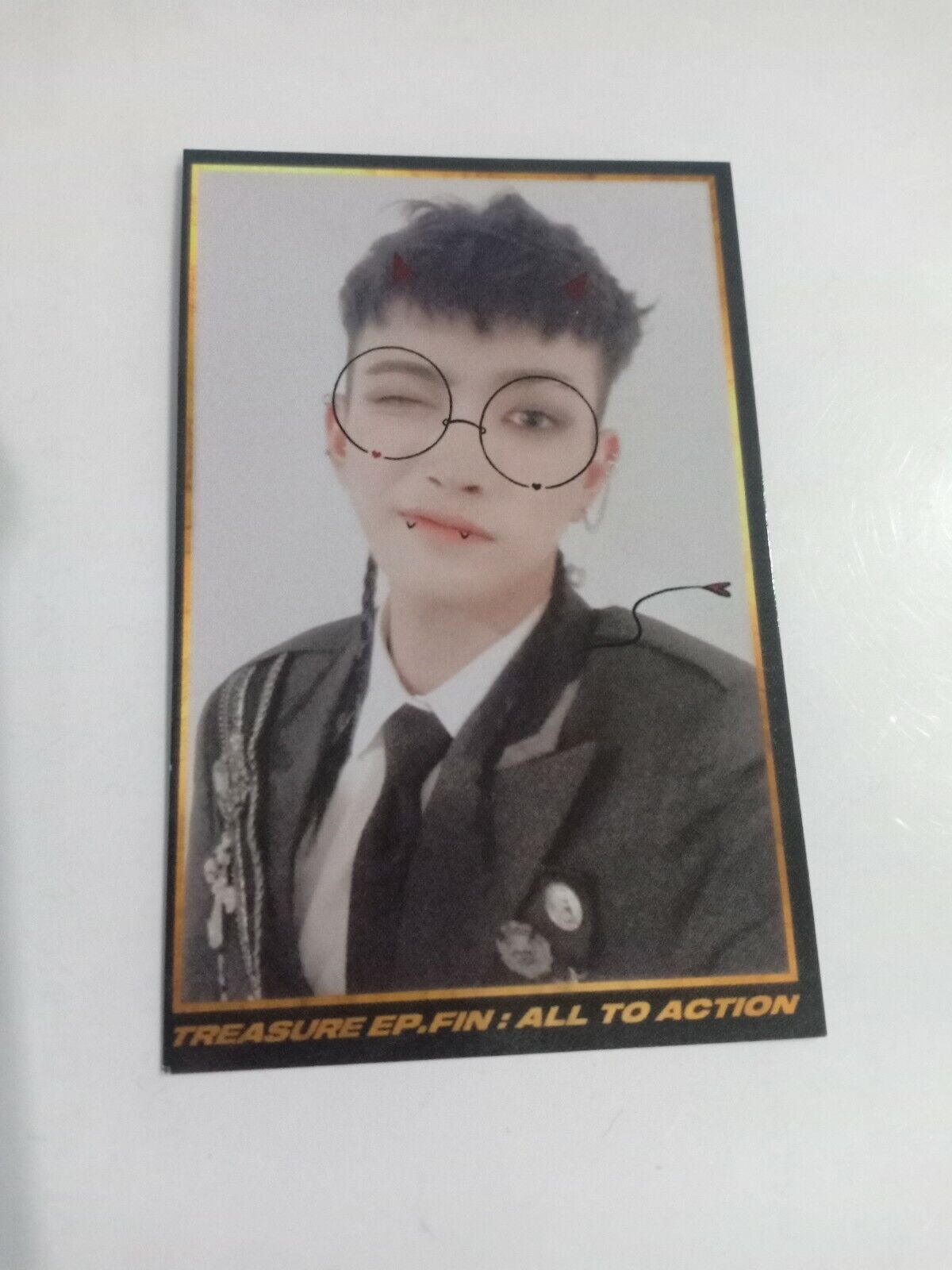 ATEEZ Treasure Ep:Fin All to Action album promotion WONDERLAND. Hongjoong limited broadcast Photocard from 2019 Moonriver Fanmeeting. One of Limited 100 pieces only.
Relist because the buyer cancelled on the item. Sorry to those who joined the offer before.
Anyone who wanted to see some responses and more prove can message me on twitter @miracleinkor.2019 MOONRIVER FANMEETING SPECIAL PHOTOCARD
SHIPPING FROM MALAYSIA. Tracking shipping.*Guarantee arrive*

ATEEZ’ first debut anniversary “MOON RIVER” fan meeting took place today, October 24, at The River Grand Hall, a beautiful venue in Seoul overlooking the Han River. It started a little past 9 pm KST and lasted for about two and a half hours.

ATEEZ entered from the back of the room, while singing their pre-debut song “From” and greeting the fans in attendance up close. Then they took their seats on stage and talked about their recent comeback.
Mingi was very apologetic about getting injured again and not participating in the second half of the promotions, but, obviously, nobody blamed him. Let’s hope both him and Jongho fully recover soon!

After the introductory part, the group reminisced about the past while looking at some old photos projected on a big screen. Each member chose a few to show the fans and comment on.
Notably, Wooyoung only picked the selfies he took with San, and the WooSan ship was alive and well… Seonghwa, being the undisputed mom of the group, mostly showed off the pictures he took of his fellow members, including a photo of Hongjoong looking adorable while eating french fries and a shot of the handsome “ANEWZ” anchor Yunho. Lastly, ATEEZ’ leader chose the photos that represent the three most memorable moments from the past year:

Next, it was time for ATINYs’ letters. The boys were presented with a board full of fans’ well wishes and messages, and each member picked a couple of them to read out and finally choose the best one. The eight lucky winners were presented with plum blossoms, handed to them by ATEEZ members themselves, and a signed polaroid. (Stay strong, international ATINYs, we’re in this together!)

Yeosang chose a note that asked the members to express their feelings for ATINY using nothing but body language. For example, we had Mingi making an huge heart, Jongho signalling “trust me and follow me”, and San expressing “I will love you until the end”. Most interestingly, though, Wooyoung made a butterfly with his hands because he read somewhere that this gesture – while moving your fingers like butterfly wings – tricks your brain into relaxing (have you tried it yet?)…and Hongjoong just drew an imaginary star in the air – which turned out to be a spoiler for their new song!

Afterwards, ATEEZ performed “Light”, read some VLive comments, and turned to the “To Myself After One Year” segment. The members watched a video of themselves reacting to the video messages they left their 2019 selves exactly one year ago. This part was very touching…
You can watch the full video with English subtitles below. It was posted on YouTube at 11:17 pm KST, to represent ATINY’s name anniversary.

Later, to lighten the mood, ATEEZ brought out a cake and blew out the number 1 candle. They also sang a celebratory song and had a cake cutting ceremony, with all members holding on to the knife wedding-style. Finally, they took a group photo with the fans in the audience.

At last, it was time for the boys to perform their new single! The title of the song is “STAR 1117” and it’s a beautiful ballad that ATEEZ wrote thinking of their fans. The title is meaningful because this track is dedicated to ATINY, who got their name on November 17 and are ATEEZ’ stars.

Looking for a star, looking for love
(...)
Forever you are my star

Isn’t that the sweetest thing you’ve ever heard? What a wonderful gift for the fans!
The official release date of this single is still unknown, but November 17seems like the perfect time, don’t you think?

After they finished singing “STAR 1117”, both ATEEZ and ATINY were visibly emotional, and almost all members ended up shedding tears. In particular, San and Jongho were crying a lot, as well as Mingi – whom his brothers had never seen cry before. Our hearts go out to all eight of them!

The final part of the “MOON RIVER” fan meeting were the ending ments, that featured ATEEZ members thanking their fans and promising to work even harder and grow more in the future.

You can watch the full event on V LIVEonce the replay gets uploaded. We suggest you have your tissues ready.

Congrats on this amazing year, ATEEZ, we wish you all the best in the future!