Located in Polk County in Central Florida, Lakeland is the biggest city of the region between Tampa and Orlando. According to the U.S. Census Bureau, the city has a population of 100,710 people and - due to its convenient location on Interstate 4 - it is also home to a number of large industries, like cattle, citrus, phosphate and tourism.

Lakeland was founded in 1885 and earned the name due to the large number of lakes near the area that today comprises Downtown Lakeland. The city has an incredibly rich history, with its original inhabitants being Native American tribes, who lived in the area for thousands of years, until the Spanish invaders conquered the land and wiped them out. Little is left of the Native American culture, unfortunately, with the exception of scant archaeological records, including a few personal artifacts and shell mounds.

Fast forward to the Spanish-American war in the late 1800s. That point in history was crucial to the development of Lakeland, as the town housed over 9,000 troops, which led to the construction of many significant structures, including  the Terrace Hotel, New Florida Hotel (Regency Tower, currently Lake Mirror Tower), the Polk Theatre, Frances Langford Promenade, Polk Museum of Art. Lakeland has many historic districts and is also home to the largest on-site collection of renowned architect Frank Lloyd Wright.

Located in the humid subtropical zone, Lakeland has hot, rainy summers and dry, very mild winters with frequent sunny skies. Due to its strategic location, the city is an important transportation hub, connecting several cities in the State, and is also home to companies like FedEx Freight and FedEx Services.

Lakeland also has an extensive educational system, with 28 elementary schools, 7 middle schools, five high schools, and three magnet-choice high schools, including the Central Florida Aerospace Academy and the Lois Cowles Harrison Center for the Visual and Performing Arts. The city is also a higher education hub, with the presence of no less than 9 universities, including Southeastern University, Florida Technical College and Florida Polytechnic University, which the newest public technical universities within the state.

Even though it is a medium-sized city, the cost of living in Lakeland is actually 12.10% lower than the rest of the United States.

Lakeland is also home to the Joker Marchant Stadium, which hosts the Detroit Tigers, as well as their Lakeland Flying Tigers class-A Florida State League and the GCL Tigers rookie-league, as well as Gulf Coast minor league baseball teams. But it’s not all about baseball in Lakeland, as the city also hosts football, soccer and basketball teams.

This spacious country house comfortably sleeps up to 9 adults and 4 children. Perfect for family get togethers or meeting up with friends. Whilst perfect for socialising there is plenty of room to find yourself a quiet spot!

With five acres of gardens there is plenty to keep everyone occupied - a six hole golf course, a tennis lawn in the summer months, croquet, table tennis and not forgetting the children's play area and wendy house.

Ludlow Manor house is situated just 3 miles outside of the Ludlow in stunning Shropshire countryside. There is so much to see and do ...you could be very busy (if you can tear yourself away from the house!).

Ludlow is wel known for it's fabulous food. There are so many places to eat out you will spoilt for choice. If you are eating in you will enjoy cooking in the large, well equipped kitchen and the dining room is the perfect size for hosting a dinner party.

Shopping is an absolute pleasure in Ludlow. The town is packed with independent shops including: butchers, bakeries, delicatessens, clothes shops, ironmongers, gift shops, book shops, antique and craft shops. Not forgetting the markets which are on every day apart from Tuesday.

Ludlow is surrounded by stunning countryside. There are nine circular walks from Ludlow Town Centre and some fabulous walks in Mortimer forest - just down the road from the Manor House. Not forgetting the short but steep walk up to Richards Castle.

Discover locations across the UK

The East of England is typified by its watery landscape: expect winding rivers, mythical wetlands and a maze of lakes. Historically, the region was famed for its lucrative wool trade, and evidence is still apparent in the medieval-feeling villages.

Mythical landscapes and immersive history compete for your attention in Ireland. There's no wonder it's named the Emerald Isle: a visit to the ever-changing vistas of Donegal or the grave beauty of Connemara will soon reveal why.

Welcome to the epic North of England, home to a multi-layered history, ultra-cool, industrial cities and vast swathes of dramatic scenery. From the medieval city of York to the inspirational beauty of the Lake District, the North never fails to impress.

Few landscapes on earth are as dramatic as Scotland: think eagles cruising through cloud-whipped skies, secluded lochs and atmospheric ruins atop dramatic hillsides. Marvel at Edinburgh's gothic architecture or lose yourself in the wilderness of the Highlands.

Escape to England's South Coast when you're craving a peaceful break. Long stretches of ruggedly beautiful coastline meet national parks scattered with quiet villages and pockets of wilderness. Discover why charming Kent has been described as the "Garden of England".

The South West is England at its most timeless and idyllic. Expect to find gentle, rolling countryside, laid-back towns and an insatiable appetite for all the good things in life: cider and scones, to name just a couple.

Welcome to Wales, where just a hop across the border from England feels like you've entered a new world entirely. This compact country boasts inspiring hills, formidable castles and moody coastlines of crumbling rock and golden sand.

Server Error: There was a problem with your search. Please try again.

Make your special occasion one to remember by hosting it in one of our grand manor houses to rent. Our properties span the country, from Scotland to Cornwall, so you’re sure to find one in your ideal location. We’re picky about properties, so you’ll only find the most impressive manor houses here, each of which has something a little extra special – whether that’s a loch-side location or 14th century architecture. Whether you’re after a laidback weekend in the Lakes or are looking for the perfect wedding venue, browse our manor houses to rent to find your next escape. 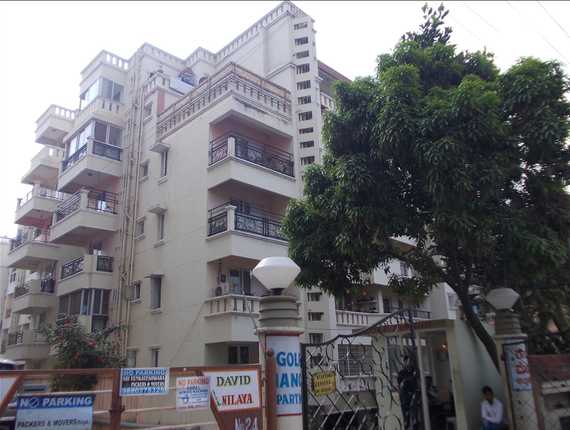 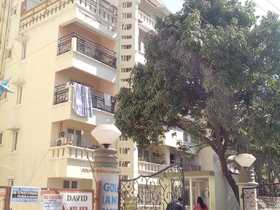 *Availability Yes/Sold Out depicts Availability with Builder only.Taxes and other charges may apply. Last Updated on 19-Oct-2021

Kitchen
Granite counters in the kitchen and bathrooms.

Toilets
Attached baths with all bedrooms and premium quality sanitary ware in each.

KMF Builders & Developers, incorporated on March 21, 1995, is a public limited company listed in all the major stock exchanges of the country. The registered office is at No. 508, Golf Manor Apartments, NAL Wind Tunnel Road, Murugeshpalya, Bangalore-560017. We engage in the construction and real estate business. Several residential projects have been successfully undertaken in Delhi, Kalyan, near Mumbai, Kolkata, Himachal Pradesh, and Bangalore.

Completed projects include Golf Manor at NAL wind tunnel road and Royal Manor off Airport Road, behind Leela Palace Hotel in Bangalore.Our other projects include a star hotel in Dalhousie, Himachal Pradesh and a residential apartment complex namely KMF Gardens at Kalyan, near Mumbai.

Adherence to strict quality and management with best practices has put KMF Builders and Developers Ltd., along with the best names in the residential apartments builders today. When you talk of projects developed by KMF Builders and Developers, you instantly think of a great living experience. You are assured that the property is not just built, but sculpted by qualified and skilled professionals who can capture your vision and know exactly how to accomplish them. We are one of the very few Developers who believe in getting human living very near to a natural habitat experience

About Project:. Golf Manor Apartment is an ultimate reflection of the urban chic lifestyle located in Old Airport Road, Bangalore. The project hosts in its lap exclusively designed Residential Apartments, each being an epitome of elegance and simplicity.

About Builder:. Golf Manor Apartment is engineered by internationally renowned architects of KMF Builders And Developers Ltd. The Group has been involved in producing various residential and commercial projects with beautifully crafted interiors as well as exteriors.

Units and Interiors:. Golf Manor Apartment comprises of 2 BHK and 3 BHK Apartments that are finely crafted and committed to provide houses with unmatched quality. The Apartments are spacious, well ventilated and Vastu compliant.

Amenities and security features:. Golf Manor Apartment offers an array of world class amenities such as Apartments. Besides that proper safety equipments are installed to ensure that you live safely and happily with your family in these apartments at Old Airport Road.

The information provided herein have been collected from publicly available sources, and is yet to be verified as per RERA guidelines.*

Get answers about your project

A platform that brings together residents, owners and tenants in one place.

Connect with your Neighbours

A platform that brings all residents together to build a happy community.

Neighborhood stats provided by third party data sources.
Trulia is a registered Trademark of Zillow, Inc. and MLS listings are provided by Zillow, Inc., a licensed real estate brokerage. See here for a list of our real estate licenses. Contact Zillow, Inc Brokerage
Zillow Group is committed to ensuring digital accessibility for individuals with disabilities.  We are continuously working to improve the accessibility of our web experience for everyone,  and we welcome feedback and accommodation requests. If you wish to report an issue or seek an  accommodation, please let us know.
Sours: https://www.trulia.com/for_rent/Golf_Manor,OH/